Warwick Ross established his reputation as a film producer with some of Australia’s most popular and successful feature films, and most recently, “Red Obsession”, the award winning wine documentary about Bordeaux and China. He also holds an Honours degree in Mechanical Engineering from the University of Melbourne.

While this is an unusual background for a Vigneron, Warwick’s establishment of the Portsea Estate vineyard and label in 2000, in partnership with his sister Caron Wilson-Hawley, was a natural progression for him given his love of Burgundian wines (Pinot Noir and Chardonnay), his connection with the beautiful “Tintagel” property and his commitment to the Portsea/Sorrento area. His goal is to produce premium wines from grapes grown exclusively on the estate at Portsea.

Warwick’s family has had strong ties with the Portsea/Sorrento area since the late 1800’s, when his grandfather, Dr. Frederick Kiel, as a young man, travelled regularly by paddle steamer from Melbourne to spend his summers at Sorrento. The Kiel family acquired “Pembroke”, an historic limestone cottage on Melbourne Road, as their summer residence, which remained in the family until the 1970’s.

In 1956, Dr Kiel’s daughter, June, and her husband, Canadian, Ted Ross (Warwick’s mother and father), purchased “Tintagel”, a 40 acre farm fronting the Portsea Ocean Beach with undulating paddocks and sweeping views of tempestuous Bass Strait. The subsequent acquisition of the adjoining 106 acres, in the 60’s, from the Baillieu family, allowed the Ross’s to expand their cattle grazing activities with the introduction of Angus and Hereford herds.

However, in 2000, with Ted’s and June’s retirement from the business, Warwick dedicated the protected north facing paddocks to planting Pinot Noir and Chardonnay vines, based on his knowledge that the unique free draining limestone and calcareous sand that lay beneath the paddocks provided the perfect and highly sought after terroir for producing classic Pinot Noir and Chardonnay wines.

The business of Portsea Estate is very much a family affair, with Warwick’s wife, Margot, his sister Caron, her husband Philip and many of Ted’s and June’s grandchildren involved in various aspects of the enterprise, whether planting, pruning, harvesting, design, marketing or sales. 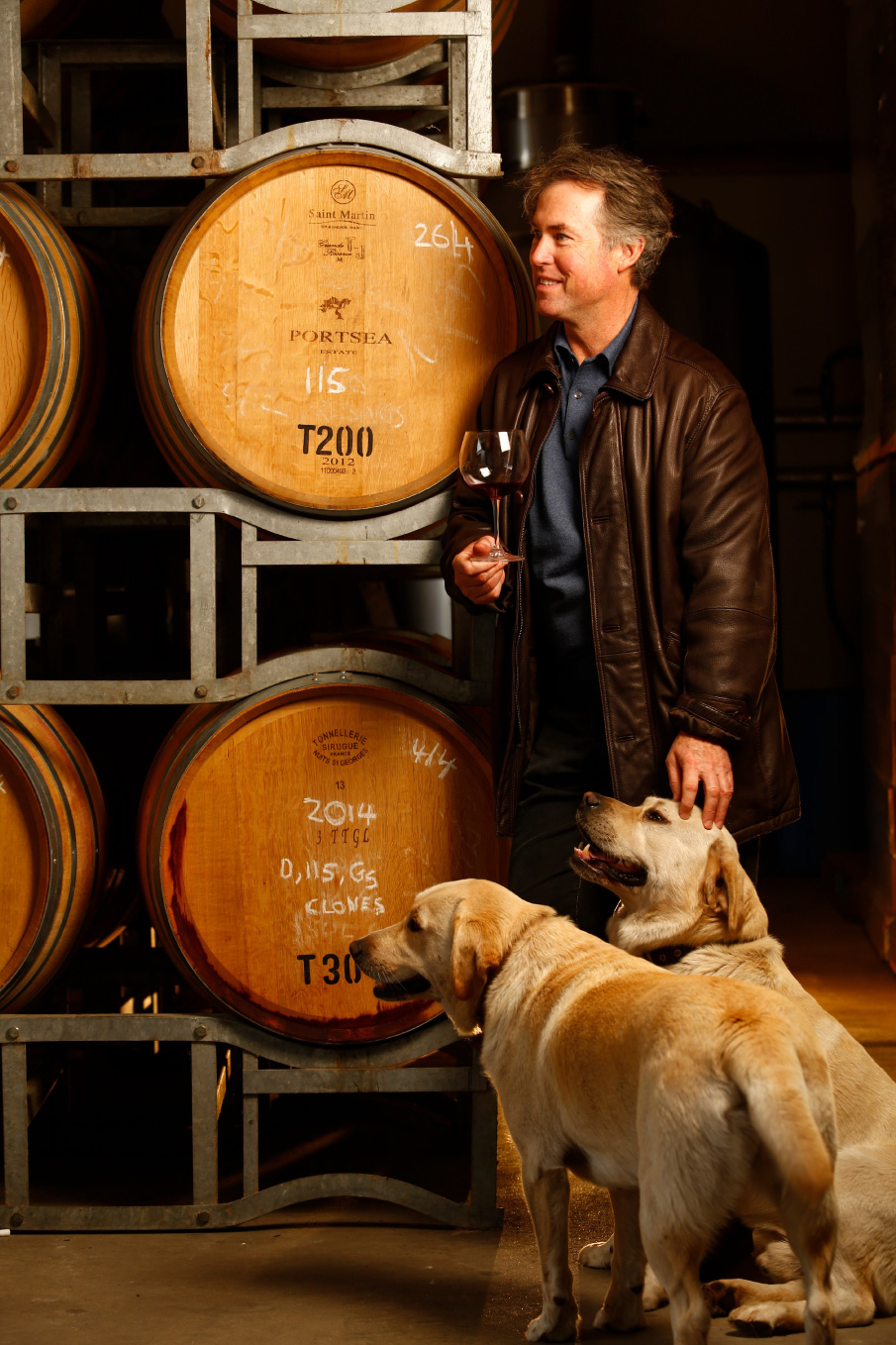 Will Ross completed his first vintage at Portsea Estate in 2015 and joined the team full time as General Manager in 2019, taking the Ross family’s management of Portsea Estate into the second generation

Prior to Will’s appointment at Portsea Estate, he completed his Bachelor of Commerce at the University of Melbourne then went on to KPMG where he was an Analyst/Consultant. Inevitably, however, Will shifted his sights to the world of wine and moved to the wine capital of the world, Bordeaux, France.  There he undertook his Wine MBA, graduating first in his cohort and developing a keen passion for wine.

Growing up with his Grandfather Ted’s stories of adventure in the Far East during WWII, and his own experience as an Exchange student in Japan, Will found himself drawn to the Far East, working with French wine label “Pont des Arts”, the creation of Thibault Pontallier (Chateau Margaux) and Arthur De Villepin.

After two years in Hong Kong and Shanghai with Pont des Arts, Will co-founded the wine company “Inviniti”, importing Italian and Australian wines into China.

Will returned to Australia to run Portsea Estate Wines in January 2019.  He hopes to grow the brand whilst maintaining its authenticity as a boutique family owned producer.